The idea is to consolidate all issues relating to Savings, Pensions, TDS, Wills, Reverse Mortgage, Mediclaim, Insurance, Geriatric Care, Health and Safety in order to press for change through effective advocacy and coalition.

We would appreciate your participation and support through ideas in coming up with an effective agenda to push for this change.

Dr S A Dave, Former Chairman of the Securities & Exchange Board of India and Unit Trust of India has kindly consented to preside.

Time: 3 pm to 6 pm with a break for tea and refreshments

Moneylife Foundation is registered as a not-for-profit trust and intends to engage in spreading financial literacy through workshops, round table meetings and awareness campaigns; advocacy to crystallise policy and bring about regulatory changes to protect investor rights and grievance redressal, counselling and research.

We at Silver Inning Foundation are obliged by the effort of Moneylife Foundation for the most neglected and ignored segment of Society, our Elderly. Thanks to our proactive networking, slowly things are falling in place. Silver Innings is working towards creating Elder Friendly World where Ageing becomes a Positive and Rewarding Experience.

No Mercy Killing, This

The plight of the elderly in India is pathetic. We need a policy shift that is more tuned to the needs of the aged. They are not a burden, and caring for them is a social obligation…

Mercy killing of terminally-ill elderly persons is a crime in India. In law, it amounts to murder.

But what if there is a social practice by which ill elderly people are put to sleep, with the knowledge of all the family members? Shocking though it may seem, Virudhunagar and other southern districts in Tamil Nadu seem to have had a long-established practice called thalaikoothal by which elderly persons, often bed-ridden and terminally-ill, are given a ceremonial oil bath followed by tender coconut water in the belief that it would induce pneumonia, leading to eventual death. It is not unknown that at times some drugs are also added to hasten death!

One such incident was reported recently in Virudhunagar. An 80-year-old man escaped from his house and fled to the house of a relative alleging that his children were planning a thalaikoothal function to kill him as they wanted to grab his property!

How should society, State and the law deal with such incidents, especially when the entire family is involved? How do you prevent avaricious family members killing the elderly to grab property in the name of the social practice? Will criminalising these acts help prevent it? Or will it make it worse, driving the practice underground?

Thalaikoothal is condemned as reflecting the callousness and indifference of society. It is said to mirror the selfishness of younger generations waiting to grab property and reveals ungratefulness to the elderly.

All societies, at some time or the other, have to contend with the issue of dealing with terminal illness entailing great suffering with no hope of improvement. The problem is particularly acute in populations with a growing elderly population who live longer lives than their predecessors.

In rapidly urbanising India, families today are faced with the problem of space crunch. Often living in cramped houses, there is little or no space for a bed-ridden old person. Finances are stretched; healthcare is expensive. Where both husband and wife work, full-time healthcare workers have to be hired to take care of ill persons, putting pressure on space as also finances. A further complication is if the ill person is also mentally affected. Families face a cruel dilemma — do you spend scarce resources on the young, investing for their future or do you spend on health needs of the elderly at home?

The relief of suffering through palliative care is now seen as a basic human right. But few across the globe have access to it. The prohibitive cost of private palliative care is such that only the rich and wealthy can access such facilities. In an economic context where commoditisation, commercialisation and corporatisation are the dominant mantras of State economic policy, and the State itself is consciously withdrawing from provision of basic healthcare and welfare services, there is little hope for vulnerable sections like the elderly unless there is a paradigm shift in the government's health, economic and welfare policies.

For the last three decades, states like Tamil Nadu have successfully followed a development policy based on reduced fertility and improving the ‘quality' of the youngest generation. It has concentrated its efforts at reducing infant and maternal mortality and increasing educational attainment. Its success can be seen in reduced family size, increased longevity, a significant decline in child labour and increasing educational attainments. All this is positive and to be welcomed.

A different dimension emerges when we consider the fact that nearly 93 per cent of the entire working population in India is engaged in the informal sector. With no retirement pension facilities, most of these people have no social security coverage and will have to work well beyond what might be considered ‘ retirement' age. The National Old Age Policy estimates that a third of all elderly fall ‘below the poverty line' and the next 1/3 {+r} {+d} are only slightly better; effectively 2/3 {+r} {+d} of all elderly are termed to constitute economically “fragile”! Unfortunately, identification of BPL people is so flawed that it excludes more than including the needy.

The plight of elderly in middle-class homes is no different with inter-generational conflicts over care, space, time and finances. Those lucky to get retirement benefits have at least a bargaining chip with the family. Those unlucky not to have this protection have to suffer the vagaries of stressed out families.

It is therefore a safe bet that millions of families are facing, or are likely to face, the challenge of inter-generational demands on scarce family resources like space, time and finances. In a no-win competition between generations, the old are fated to lose and suffer discrimination, alienation, neglect and marginalisation.

While India's population is rapidly ageing (WHO estimates life expectancy of 70+ by 2025), we unfortunately have little information about the elderly beyond gross numbers. The National Family Health Survey has cut-off ages of 49 for women and 54 for men and therefore we have little information about the health status of the elderly. The Census defines working population as those aged 15-59. Welfare policies limit State benefits to those who are 65 years and above. The reality is that millions of the 60+ population continue to be self-employed, if only to survive, but yet are not covered by census of other official data.

The Indira Gandhi National Old Age Pension Scheme (NOAPS) provides up to a maximum amount of Rs. 400/- per month but only covers the BPL population. Apart from the rhetoric of providing universal pension, in reality, across most states in India, NOAPS does not reach the huge number of aged destitute and poor. Artificial capping of OAP allocations has meant that only a small proportion of the aged are reached every year. The money provided (up to Rs.400 pr month, depending on the state) is by no means sufficient considering the cost of medical expenses. Consequently, pensioners remain either dependent on their children or must continue to work. Tragically those who are excluded are often the most unwell, frailest and poorest amongst the old because they cannot jump the financial and physical hurdles that are required to access the pension.

What is required is a perspective shift from viewing the elderly as a burden to acknowledging their economic and social contribution to society. Care of the aged is a social obligation arising from the fundamental rights of the elderly to life and living; it is not an act of generosity of the State or welfare agencies. If society and the State refuse to acknowledge the inadequacy of current policy perspective and understanding and continues to under-perform in the provision of support to families and elders (as workers, pensioners and patients), then it is not the children who are callous and indifferent, but society and the State itself.

More instances of thalaikoothalare bound to occur in the future unless citizens collectively initiate a review of India's policies and progress as a nation. Does development have to be at the cost of the elderly? Taking a step back to review how older people are imagined and catered to in policy and how well this fits their needs and their contributions to the economy and society is the only humane way to repay debts to the older generation on whose backs we have been carried thus far.

Source : http://www.globalaging.org/elderrights/world/2010/nomercykilling.htm
Posted by SILVER INNINGS at 8:11 AM No comments:

The content of this Blog, including text, graphics, images, information are intended for General Informational purposes only. Silver Innings Blog is not responsible for, and expressly disclaims all liability for, damages of any kind arising out of use, reference to, or reliance on any information contained within the site. While the information contained within the site is periodically updated, no guarantee is given that the information provided in this Web site is correct, complete, and up-to-date.The links provided on this Blog do not imply any official endorsement of, or responsibility for, the opinions, data, or products available at these locations. It is also the user’s responsibility to take precautionary steps to ensure that information accessed at or downloaded from this or linked sites is free of viruses, worms, or other potentially destructive software programs.All links from this Blog are provided for information and convenience only. We cannot accept responsibility for sites linked to, or the information found there. A link does not imply an endorsement of a site; likewise, not linking to a particular site does not imply lack of endorsement.We do not accept responsibility for any loss, damage or expense resulting from the use of this information.Opinions expressed by contributors through discussion on the various issues are not necessarily those of Silver Innings Blog.

Remember ME - You Me and Dementia 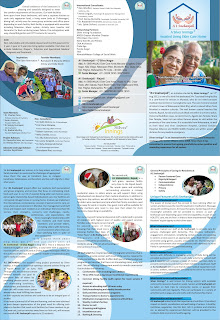 Alzheimer's
Get a Caring Candle

Promote Your Page Too